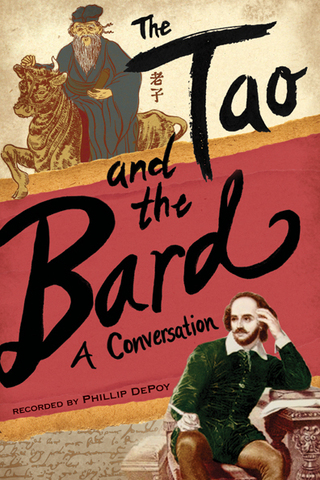 The Tao and The Bard
click here to buy this book

The Tao and the Bard

This book is a simple conversation between Shakespeare and Lao Tzu, in their own words, arranged in the traditional eighty-one-verse order of the Tao Te Ching . It compares quotes from Shakespeare’s dialog to similar quotes from the Tao, China’s greatest work of philosophy. The exact purpose or meaning of this conversation is as illusive as the perfect interpretation of any of Shakespeare’s great soliloquies, and as impossible to explain as any verse in the Tao. But something is illuminated by any conversation between western creative ideas and eastern mysticism. Joseph Campbell, Alan Watts, D.T. Suzuki, Jiddu Krishnamurti, Christmas Humphries, Ursula Le Guin, Fritjof Capra; thousands of people, in fact, have worked to bridge the gap between eastern and western thought, for the purpose of a greater understanding and mutual enlightenment. The hope is that the conversation in this book might provide a diverting footnote to that larger effort.